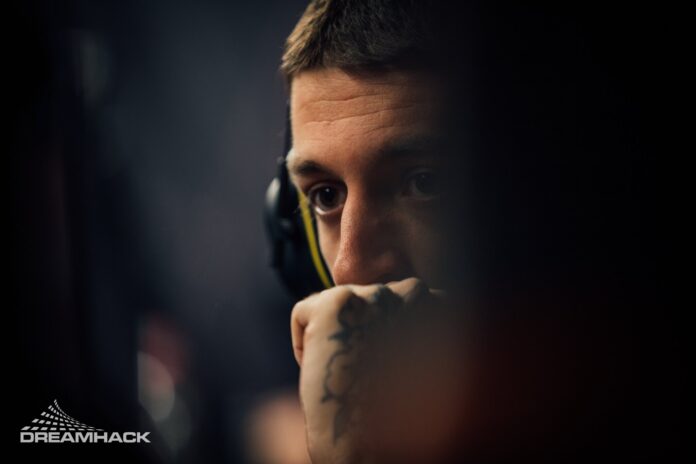 Alliance’s 2-1 victory against Team Liquid in the 2021 Dota Pro Circuit Europe upper division confirmed their status as the second-highest ranked team after Team Secret, seeding them directly into the Major group stage.

While the first two games were rather one-sided based purely off the results page, both teams executed their respective strategies impeccably and made for an incredibly entertaining watch. The final game proved to be a little more tense from the outset as Liquid raced to an early lead, but Alliance’s poise helped carry them over the finish line.

In game one, Alliance picked up the recently in-vogue Alchemist offlane for s4, whose job was to farm an Aghanim’s Scepter to feed his position one or two. Generally paired with carries who have farming steroids built into their Scepter upgrades, such as Monkey King or Troll Warlord, Alliance elected to pass it to Nikobaby’s Phantom Assassin.

Liquid turned the tides instantly in game two. What looked like a desperate attempt to salvage the draft with a Broodmother last pick only served to solidify Liquid’s adaptability and willingness to dive into the deep end.

The iNSaNiA-led team quickly rotated their laning assignments. All three cores on Liquid went to their atypical lanes—qojqva’s Broodmother to the safe lane, Boxi’s Puck to mid, and miCKe’s Leshrac to an aggressive tri-off lane.

For two breathless minutes at the start, Liquid already looked to be on the backfoot as the opposing Anti-Mage and Death Prophet dominated the last hits chart. Then, Liquid, led by Taiga’s Earth Spirit, turned up the heat, starting with a kill on Limmp. The laning stage quickly broke apart, and Liquid thrived on the chaos while Alliance scrambled.

Liquid’s confidence saw them attempt multiple initiations on s4’s tanky Tidehunter, which turned out poorly and saw the pendulum start to swing the other way. Alliance’s Weaver and Io combo zoomed around the map and hoovered up farm, only to squeeze in periodically with Relocate to clean up kills.

While Alliance went from strength to strength, Liquid were unable to keep up, especially with repeated deaths to their own carry Bloodseeker. Nikobaby’s Weaver soon proved to be unkillable, and Alliance claimed game three and the series as their own.

As it stands, Team Nigma will also attend the Major wild card following their victory vs. High Coast Esports earlier today. Liquid’s loss means their fate is no longer in their hands and will now need to hope that Secret continues their undefeated streak in the league vs. OG in the upper division’s final series.

Should OG lose, three teams—Liquid, OG, and Tundra Esports—will be tied at a 3-4 record, sending them to tiebreakers for the last Major wild card slot. The three teams will then play in best-of-ones against each other until one team manages to beat out the other two, so it could theoretically go on forever. If OG takes down the indomitable Secret, Secret retains their first place ranking, while OG will claim the final slot outright.

The last upper division series is set to have pivotal ramifications for a ticket to the Major and valuable, scarce DPC points for qualification to The International 2021. Fans and players alike will be watching on the edge of their seats for the battle between Europe’s titans, OG and Secret.