He is now moved to the inactive roster,

And the organization is bringing back Xavier “flyuh” Carlson.

Flyuh end his game in March this year,

During the BoomTV Proving Grounds tournament,

Before both he and Andrew “ShoT_UP” Orlowski replaced by Rise duo Phat “supamen” Le and Kevin “POISED” Ngo. 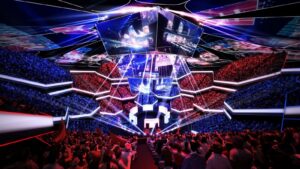 The 23-year-old player served as the secondary in-game leader on FaZe,

He is helping them qualify in four straight series in the first Stage 2 open qualifier.

Then now, he restricted free agent

He also has expressed the desire to represent another team as an in-game leader in the initiator or controller role.

Poach has been part of the FaZe Valorant Roster since April 2022,

Since then, he was acquired from BBG.

And now, for the upcoming matches for Faze the roster will be as follows;

With JDM still being the Coach of the team.

When will Hextech Mayhem: A League of Legends Story release?

Manchu Ng - November 10, 2021 0
Hextech Mayhem: A League of Legends Story is the latest upcoming title developed by Riot Games. Hextech Mayhem will be a rhythm game, the first of its...

Team Mafiabala has been crowned as the champions of the Free...