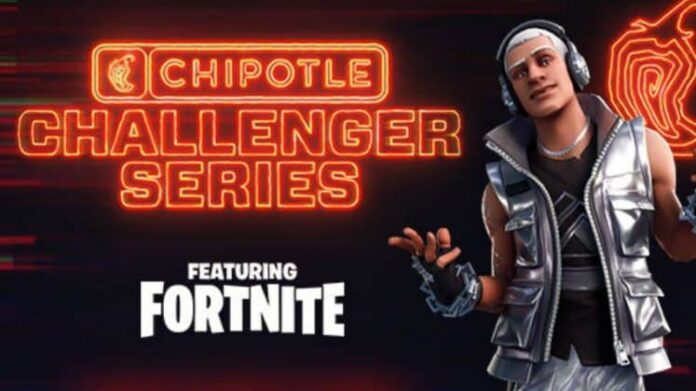 The Chipotle Challengers Series featuring Fortnite is back after a Summer break.

Last time out in March, TSM Commandment and FaZe Cented claimed first place in the Grand Finals. They collected $15K USD to split and a year supply of burritos from the popular chain. Now, another group of players has a chance to win themselves a share of $275K USD in cash and prizes throughout October.

Several invited teams have already secured their spot in the Challenger Series Finals. However, there is a qualification process that could grant you a chance to compete against some of the best players in North America. We have all of the information you need to get your Chipote Challenger Series journey started.

The Chipotle Challenger Series qualifiers are already underway, so time is ticking. Tournament organizers ran the first of four qualifiers on October 3, and only three more opportunities remain until the Grand Finals. The format is an elimination race — where duos will queue into public matches and earn as many eliminations as possible.

Teams will compete in the elimination race for a specific one-hour time limit. They will then submit their best three games across that period. Players must submit their scores via a clear screenshot to be in the running. The top 11 duos from each qualifier will secure themselves a spot in the Grand Finals.

Here is a quick recap of the tournament format, point system and prize pool distribution for the qualifiers:

Fifty teams will compete in the Grand Finals for a share of $35K USD and a chance to win free Chipotle for a year. The format tasks duos with earning points based on eliminations and placement across three matches. After those three games, tournament organizers will tally the score and award prizes to the top ten teams.

To register for the Chipotle Challenger Series Qualifiers, you must navigate to the tournament’s website. Nearly 300 teams have registered for Qualifier #2, which will occur at 7 PM EST on October 4. However, there are two more after that, and you can participate in both if you choose.

That should cover everything you need to know about the Fall 2021 Chipotle Challenger Series featuring Fortnite. Be sure to watch the Grand Finals unfold on Chipotle’s Twitch channel, where you can witness high-level Fortnite and get your hands on some free burrito codes.