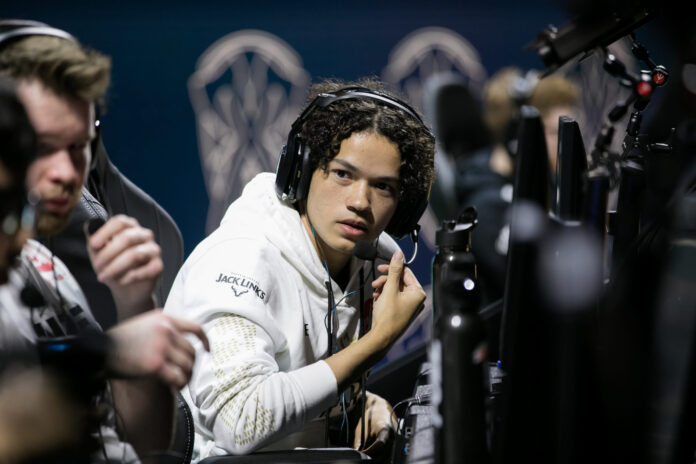 The Dallas Empire took down the Los Angeles Thieves yesterday 3-0 to secure the top seed in Group A of Stage One in the Call of Duty League.

The Call of Duty League’s “Super Week” came to a conclusion today—and the bracket for the 2021 season’s first Major has been finalized.

Heading into this match, L.A. were undefeated at 4-0 while Dallas, the 2020 world champions, were 3-1 following an early group play loss to the Minnesota RØKKR. That meant that whoever won today’s showdown would lock up the No. 1 seed heading into the first Major of the 2021 season.

This series started off with a hard-fought game of Raid Hardpoint. Despite a 30-kill performance from Kenny, Dallas took map one 250-212. Huke led the Empire with 28 kills, while iLLeY was right behind him with 25.

L.A. responded by winning the first three rounds of map two, Checkmate Search and Destroy, in part thanks to a one-vs-three clutch from TJHaLy. But Dallas answered right back by taking four-straight rounds of their own. Eventually, it came down to a round 11 situation and Crimsix clutched up to give the Empire the 6-5 map win and a 2-0 series lead.

With all momentum on their side, Dallas closed out the sweep of L.A. with a 3-1 victory on Raid Control behind Huke’s 38-kill performance. Dallas will be the No. 1 seed out of Group A, while the L.A. Thieves will have to settle for second place in their pool of Stage One group play.

Following the end of this match, the Call of Duty League revealed the bracket for the first Major of the season. Due to their win today, Dallas secured a bye into the winners bracket semifinals, while the L.A. Thieves will face off against the Los Angeles Guerrillas in their first match of the tournament.

The game’s lead developer has shared the upcoming changes on his social media. Lead gameplay designer for League of Legends, Mark “Scruffy” Yetter, has shared the...
Read more
CSGO

PWL CS:GO Season 1 saw D13, Wings Up, New Happy, and Checkmate dominating the first and second qualifier without any significant threat in the...
Read more
Games

The game’s lead developer has shared the upcoming changes on his social media. Lead gameplay designer for League of Legends, Mark “Scruffy” Yetter, has shared the...
Read more

PWL CS:GO Season 1 saw D13, Wings Up, New Happy, and Checkmate dominating the first and second qualifier without any significant threat in the...
Read more

The Call of Duty League (CDL) announced an alteration to the Control settings, which will affect the start of Stage 3 groups. On 22nd April...
Read more

BAD NEWS BEARS TAKE DOWN TRIUMPH TO QUALIFY FOR ESEA

When Does Overwatch Archives 2021 End?

Wondering when Overwatch Archives 2021 will end? Here's how long you have to cash in on some of the coolest skins that the game...
Read more

In Apex Legends, many players have learned a nifty trick that reveals to them the location of the next zone. Almost all players have had that...
Read more

A leak has revealed the Warzone Ballistic Knife alongside what appears to be an Assault Rifle and an SMG could arrive in Season 3. There...
Read more

What you need to know about the Fortnite v16.20 update with the patch notes, which includes vehicle attachments, bug fixes and more. Published on April...
Read more
Load more

After getting an update at the end of the year in February, more information about the 2021 Overwatch Contenders scene are now available.  The regions...
Read more

Chaos Theory Collection offers new approaches to discover the story of the game and combat on the battlefield. It also celebrates the release of...
Read more

Ambassador Adler is Warzone's new skin, and here's what you need to do to get it. Special Officer Russell Adler is one of the younger...
Read more

After a dramatic change to the jungle in 11.4, this patch will bring additional improvements to this position and some other champions. Like every two...
Read more