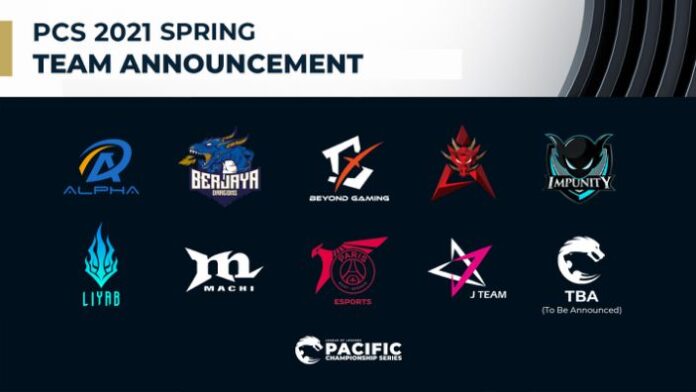 The two new teams, namely Impunity Esports from Singapore and Beyond Gaming from Taipei, qualified to the PCS and will be joining the seven other teams that competed in its inaugural season last year. One other team is to be be announced at a later date.

The three teams from the inaugural PCS season were missing from the current lineup are ahq Esports Club, Nova Esports and Resurgence (now known as RSG).

Impunity Esports joins the league after winning the PCS Promotion Qualifier last year. The organisation was established in 2019 and takes after the legacy of renown Singaporean esports clan Team Impunity, which has been competing in various esports titles since 2009.

Meanwhile, Beyond Gaming was established by former Taiwanese LoL pro Xue “DinTer” Hong-Wei. Dinter started his professional career in 2013, having played for teams such as Taipei Assassins, Hong Kong Esports, and HK Attitude before retiring in June 2017.

The two new teams in the PCS will be joining returning PCS teams Alpha Esports, J Team, and Machi Esports from Taipei, as well as Hong Kong Attitude and PSG Talon from Hong Kong, Berjaya Dragons from Malaysia, and Liyab Esports from the Philippines.

The tenth and final team in the league is set to be announced soon.

“We are thrilled to announce the 9 teams participating in the PCS 2021 Spring Split. These teams have proven their dedication to achieving success in the league, with players that are performing at the highest level of play in the region. Fans can expect some heart-stopping matches this season as teams face old rivals and battle against some new faces,” Chris Tran, Head of Esports for Riot Games Southeast Asia, Taiwan, Hong Kong and Macau, said in a statement.

The 2021 PCS Spring Split will kick off on 19 February after its initial start date of 5 February due to health and safety concerns with the ongoing coronavirus pandemic.

“Our teams in the region have been strictly observing the mandates of local authorities, however, stringent travel restrictions and local lockdowns implemented to mitigate the spread of the virus have led to the season postponement,” Riot Games said.

The 2021 PCS Spring Split will begin with a best-of-one double round robin regular season followed by a double-elimination playoffs. All of the league’s matches will be broadcast in English, Mandarin, and Thai.

E-Sports Authority is dedicated to providing independent media coverage to all E-Sports News related from around the world. Its part of the Flexgigzz company which is the Asia leading marketplace for freelancer service and together with SOHO Learning Hub which is an online platform for short courses.