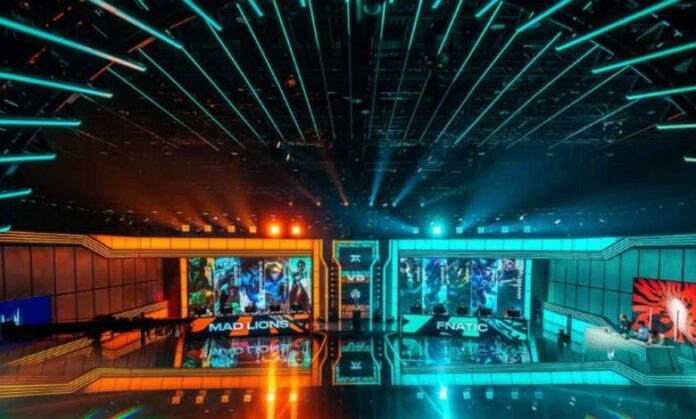 Following the most recent offseason, the battle for the best of the top laners are at its most exciting in years. All the great regional titans of the role find themselves on either new teams, or ones with a radical roster revamping. Whereas before there were blue-chip predictions you could rely on to perform well, this year is a toss-up in every sense.

There’s so much to be excited about: held-back carries given a chance with a solid team, faltering legends given another chance to prove themselves, and prodigal sons taking another run to win at home. While it’s a difficult ranking with no obvious order, some players have small advantages over others.

Here are Inven Global’s ranking of the best top laners for the 2022 LEC Spring Split.

Last season was rough for Odoamne — failing to win an LEC title in spite of strong regular seasons from Rogue, and disappointing at Worlds (though his medical problems were, without doubt, a factor in that). In some ways the offseason was even more heartbreaking, as his team failed to retain talented pieces like Kacper “Inspired” Słoma and Steven “Hans sama” Liv — replacing them with generics without much upside. These are not the steps you want to take to finally win a tournament.

On one hand: it’s Odoamne. He’s one of the most hard-working and reliable players in all of Europe, and has provided steady excellence throughout his years competing. To expect him to flounder because he had a rough showing at Worlds is silly.

We can expect him to be worse, however. Odoamne himself stated he thought he played his strongest when he didn’t have to compensate for others. This time, he might have to be picking up the check more often. He can stay elite, but we shouldn’t expect him to perform better than last year.

Wunder has been one of the most confusing players in history, and we’ll hopefully get some answers about him as a player this year. While he was considered a strong top laner when playing for Splyce, it was on G2 Esports that people viewed him as the best European player in his role.

Of course, it was often speculated a lot of his success came with the luxury of playing with an elite team — this point reinforced by him being one of the most responsible parties in G2’s meltdown. And while famous for his skill, he was also known for his goof-offs playing other games instead of practicing.

Wunder comes into 2022 a wildcard. He’s had a big wakeup call — his current plan not winning him championships for an entire year. He has a fresh perspective and a fresh team, with the latter very promising. Peak Wunder would make the top of this list, we just haven’t seen him for so long that we can’t put him any higher.

Making the most out of his team’s focus on the topside, Armut made a strong argument for being the best top laner in Europe last year. Whether he can hold that position, though, is another story. Last year was a bit of a cakewalk with him — more all of his competition dying in front of him instead of him killing them all.

The competition is much stronger now — several of his adversaries now on stronger teams. At the same time, he will have to carry a lot of more weight as one of the more experienced members of the team, now that two of their strongest are gone. On top of that — with so many more great top laners gunning with him — it is likely that the low champion-style he ran last year will not work in the current field of diverse and tactical opponents.

His solid play throughout last year both in the LEC and at international competitions allow him to rank this high. However, with only a year playing this way — against a field of largely mediocre opponents — there is not enough data to put any higher.

There is a lot to be excited about for Broken Blade this year. As FC Schalke 04 had one of the most depressing narratives in the game last season, Broken Blade was one of the shining points of light for the team — producing some excellent carry jobs throughout the year. If his team focused him, he was more than capable of taking down even the most fearsome of opponents.

Of course, no longer chained down to the limitations of his bottom-tier team, and having the chance to play with legends like Marcin “Jankos” Jankowski and Rasmus “Caps” Winther — it’s easy to expect a good showing from him.

He told me he would sell me if I post this pic.twitter.com/MawlFUSgyg

The weird position Broken Blade is in, is how his new team will approach him. You can make an argument that Broken Blade is an upgrade over Wunder. One thing Wunder had over Broken Blade, though, is versatility. Anything G2 needed — a specific champion, a certain style — Wunder provided.

Broken Blade isn’t just good when his team focuses on them, he needs them to focus on him. When playing with legends like Jankos and Caps, they might not want to focus all their energy on him. However, a talented player on a talented team is always an exciting proposition, and with a coach already familiar with what he needs to succeed — Broken Blade enters 2022 with a ton of hype.

We’ll finally see Alphari where we want him: on a strong LEC team. He had a solid year playing with Team Liquid, but with all the internal drama and time away, it mostly felt like a waste of a year for one of the most talented and interesting players in the game. Last time we saw Alphari in Europe, he was toiling away on Origen without a chance of beating G2. With G2’s supremacy out of the picture, and him landing himself on arguably the most hyped roster in the region — it’s the perfect welcome-back party for him.

The upside of Alphari is obvious: he is ridiculous at laning, and can carry his team when given the right resources. Forget the fact that Team Vitality has such a strong lineup — remember how some of those guys play.

Matyáš “Carzzy” Orság and Marek “Humanoid” Brázda were excellent on MAD Lions in putting Armut in a position to succeed — one of their strongest win conditions. Now it’s Alphari’s turn. Not just to play with a lineup suitable for his talents, but to win the LEC.