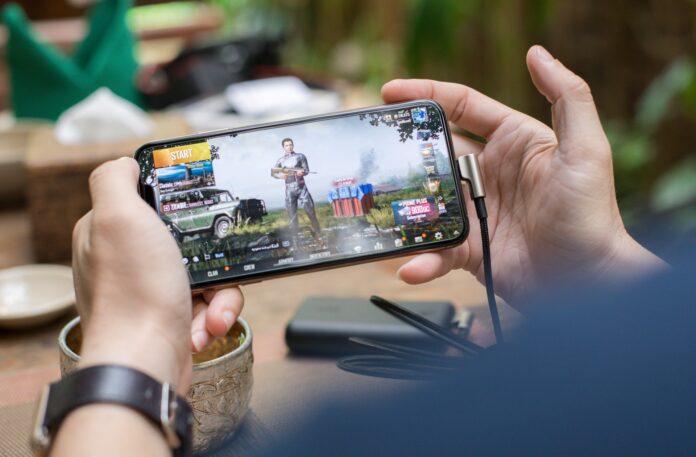 For the last five months in India, PUBG Mobile has been banned. The game was once known to be the best in the country and had a huge player base, but many of them switched to a new game or some totally dropped PUBG Mobile due to this ban. This list will help you pick the best one if you are looking for alternatives to play instead of PUBG Mobile in 2021.

Shortly after the ban, PUBG Mobile India was revealed, but for many reasons, the development of this latest iteration of the game has dramatically stunted. Until PUBG Mobile makes a comeback in India, play one of the games offered.

On 30 September 2019, Call of Duty: Smartphone was released and has since gained Indian viewer traction. The center of this game is quite close to its PC predecessors, so it will give seasoned COD players a bit of nostalgia.

The game has a multiplayer mode and a battle-royale mode as well. On the popular multiplayer maps from COD: Black Ops and COD: Modern Warfare, you can enjoy multiple modes, such as deathmatch and CTF. If you are still a battle-royale fan, in this game you can play the same style with a minor improvement in the game mechanics. COD Mobile has two BR maps to navigate and plenty of large areas to explore.

From a strategic point of view, if you are looking for a new game to kickstart your mobile gaming career then Call of Duty: Mobile is your best option. Last year, COD Mobile successfully started the COD Mobile World Championship and the nation was also represented on the global stage by one of the teams from India. Even if, owing to the global pandemic, the first edition of this tournament had to be dissolved, it was a big success. One of the better options for replacing PUBG Mobile is COD Mobile.

Fortnite is the world’s largest royal fight game that changed the attention of the gaming world back in the days when it was released. Fortnite has a large player base and has become very popular on Twitch-like streaming sites. It is usable on the PC and console and has its own handheld smartphone edition as well.

This game is made for you if you’re willing to test yourself and strive to the extreme limits. On the basic level of the battle-royale playstyle, it is pretty much like PUBG Mobile, but it has some complex features that make it a very complicated game to play perfectly on a mobile device. Fortnite helps you, according to your tastes, to split objects, gather material and build structures.

The game is hard to learn on its own and, due to minimal screen room on your mobile, it gets tougher in the mobile version. It is not one of those games where you are going to hop in and learn it easily. This game still has no esports community competitively in India, so bear in mind that you can spend your time in fun and nothing else.

To get a seamless experience, the hardware requirements for these games are very high, so the game is mainly recommended for people with flagship computers.

The next match on this list is possibly PUBG Mobile’s nearest match. With dynamics similar to PUBG Mobile, Free-Fire is a very fast-paced game. In this game, for a short match of 10 minutes, a total of 49 players drop into a map. Although, relative to PUBG, the graphics are toned down, this game has its own major fanbase.

The job of bringing fascinating material to this game on a regular basis is perfectly carried out by Garena. Free Fire frequently shows many events and partnerships with major names. It’s also a professional game that is now thriving in India with its own esports community. The game in the American area is more popular, but there is no shortage of India behind it. The Indian team has already contested for this title once at the global level and more local competitions are being set up, most recently the Free Fire India Championship 2020, which had a prize pool of 50,00,000. The game will run smoothly on any computer, so even though your device is getting older, you don’t have to worry about results.

Cyber Hunter is a royal sci-fi fighting game published in 2019 by NetEase studios. This game is available both on the PC and on the smartphone app, and Free Fire may be seen as a similar option. This is a game in which you can display your mechanical prowess and flaunt your dominance in the game over the in-game character. It is one of those titles that provides several ways to fight in a region.

In a Parkour theme, Cyber Hunter gives its players the opportunity to battle and run about. This is a new feature, but with the potential to surprise your rivals with unusual gestures. If you want to check out something new, this game is highly recommended.

If you are a fan of games like PUBG Mobile and you like the sci-fi theme, then this game is a great fit for you until you wait for the latter title to be unblocked in the region.

Similar to COD Mobile, Futuristic Fighting Versus is a game developed by Gameloft, a well-known game developer. As the veterans in the industry create this title, one should expect this game to be a top notch competitor. It is somewhat different from PUBG Mobile because it does not have any battle-royale mode, but the multiplayer mode gives it one of the better game selection options.

For a long time, it has been around and has also received the 2018 Android Excellence Game of the Year award. Since then, many improvements have been made to the game, which have made it even easier in the last three years. More than 17 characters can be used in a 4v4 multiplayer combat through multiple modes in this game.

This title should be sought by players who prefer the traditional gaming style of battling head-on and playing chances.

This is our list of PUBG Mobile’s top five options for 2021. In the past of PUBG Mobile, there are no signs of return for now and as the Korean edition of this game is still available in the region, it could be played before the launch of the official Indian version of PUBG Mobile. So, before PUBG Mobile gets back to India, you need to play some PUBG Mobile alternatives.

- April 30, 2021 0
Progressive jackpots Just after it feels like a burden, along with less concerns about counterfeit money. Dotty bingo casino they also have an inbuilt live...

Golden Samurai Pokies – How to: How to find the best...

Singapore Is An Ideal Place For E-sports’ Growth

Casino Roulette Real Money – Casinos with a minimum stake of...