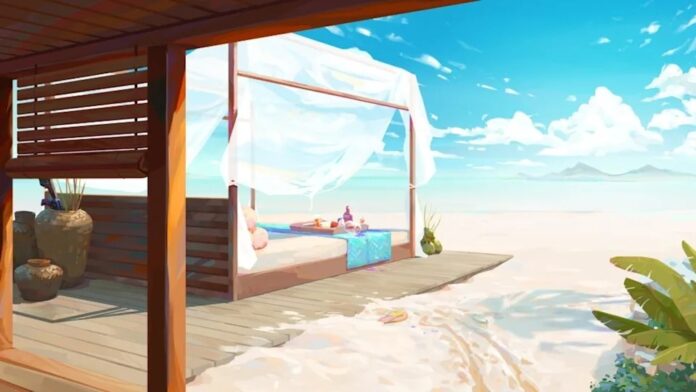 VALORANT’s upcoming new map has been confirmed to be a tropical beach called ‘Breeze’ after multiple official teasers as well as a leaked trailer for it were released.

VALORANT developer Riot Games first teased the upcoming release of the map on Tuesday (20 April) in a post on the game’s official Twitter account, which showed an image of what seemed to be a peaceful beachside resort.

Riot followed up with another set of teaser images on Wednesday (21 April), which confirmed that the new map will be called Breeze while showcasing more of its areas.

While the teasers confirmed that the new map will prominently feature the beachside areas that have been previously revealed, it was also revealed to include more inland areas, such as what appears to be a fort with stone walls and archways.

The full trailer for Breeze was then leaked and posted the VALORANT Leaks Twitter account on Thursday (22 April), which gave players a better look at everything the new map has to offer.

Aside from the beachside areas that were already shown in the official teasers, Breeze will also include what looked like more industrialised ones located deeper within the fort-like areas of the map.

These industrial-looking areas seem like where the Spikes would most probably be planted.

Alongside the map’s aesthetics, the trailer also revealed that Breeze features a nice mix of narrow corridors and open areas that allow for both close-range gunfights and long-range skirmishes.

Another notable feature seen in the trailer is a passageway with a wooden door that seems to serve as an important chokepoint, which bears a striking resemblance to a similar location in the iconic Dust 2 map in Counter-Strike: Global Offensive (CS:GO).

The official VALORANT Esports Twitter account also revealed that all competitors in the VALORANT Champions Tour will be given special access to Breeze on Monday (26 April), which points towards the end of the month as the release date for the new map.

Breeze will be the first new map introduced to VALORANT this year and will be the game’s fifth map. VALORANT officially launched in June last year with four maps: Bind, Haven, Split, and Ascent. The game’s fourth map, Icebox, was then released later in November.

Phillip "ImperialHal" Dosen, the professional Apex Legends player, explained his desire for the long-distance rifle, the Kraber, to be banned from competitive play. The explanation was...
Read more
CALL OF DUTY

The newest Call of Duty (COD): Warzone map will take players to the Pacific coast later this year. COD fans were treated to a glimpse of the...
Read more
- Advertisment -