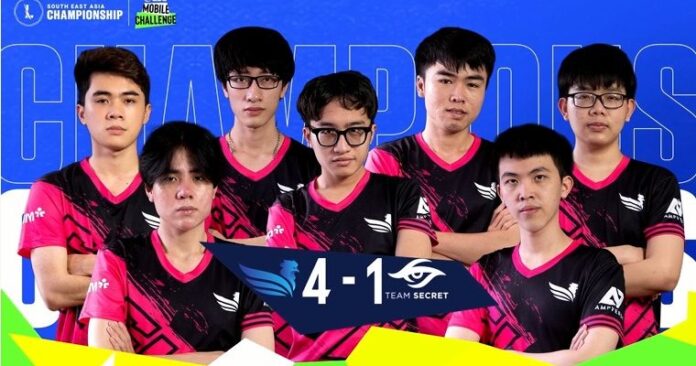 The first match was intense as the teams traded towers and kill for an extended period of time. Secret’s Caster Dela Cruz shattering SBTC’s crystal is a result of the quadra kill by Chewy Dela Cruz, who was playing Vayne in the late game.

SBTC, however, did not falter in game two and made a strong comeback. They managed 14 kills, compared to just one by Team Secret. With 16 minutes and 49 seconds game complete time, they won the game nearly flawlessly. Team Secret, after this defeat, was unable to keep up with SBTC. The series was clinched by SBTC after three consecutive wins. Thu*n of SBTC won the MVP award for the final round, his third of the championship.

The total prize pool for the Wild Rift SEA Championship was $200,000. Resulting from today’s victory, SBTC will receive $30,000 and Team Secret will receive $20,000 as prize money.

Along with their prizes, the teams will represent the SEA at the Global Esports Event for WildRift the Horizon Cup. Suntec Singapore Convention and Exhibition Center, Singapore, will hold the event from Nov. 13-21. It will be a race between ten teams competing for a share of the $500,000 prize pool.

WHAT IS THE LEAGUE OF LEGENDS: WILD RIFT?

Developed and published by Riot Games for Android and iOS, League of Legends: WildRift is a multiplayer online battle arena mobile game. It is a modified version of the PC game League of Legends.

The game is similar to League of Legends, in which players control a character (“champion”) with unique skills and battle against a team of players or AI-controlled units to destroy the enemy’s “Nexus”. Each League of Legends: Wild Rift match is discrete. All champions begin with relatively weak abilities, but as they gain experience and items, they become stronger. There are influences from high fantasy, steampunk, and Lovecraftian horror among the champions.