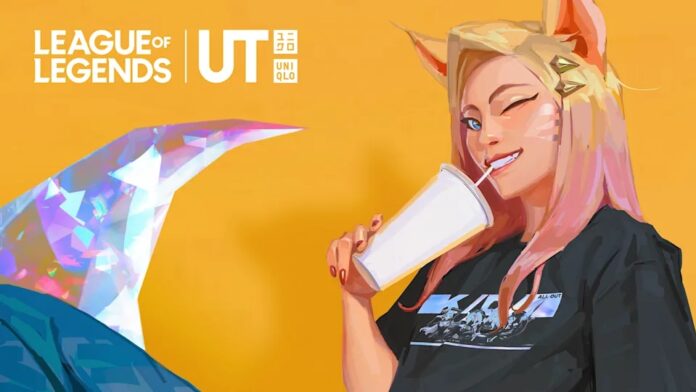 League of Legends (LoL) developer Riot Games announced on Tuesday (20 April) that they have collaborated with Japanese clothing brand Uniqlo to release a new line of clothing and merchandise featuring the popular MOBA.

Both Riot Games and Uniqlo revealed the collaboration in teasers on their respective social media accounts that featured LoL champion Ahri the Nine-Tailed Fox, who is seen wearing a shirt featuring the virtual girl group K/DA, which is comprised of LoL champions Akali, Evelynn, Kai’Sa, and Ahri herself.

Aside from the K/DA shirt that was already revealed in the teasers, the collaboration also features five other unique t-shirts with designs inspired by popular LoL champions like Jinx, iconic in-game elements like Summoner’s Rift and poros.

The t-shirts will be priced at US$19.90 each and be available in sizes XXS-3XL. The collection will be available globally on Uniqlo’s website and stores while supplies last.

“Uniqlo is dedicated to creating unique and personalized forms of expression and passion through their UT collections and we find similar passion with what we create for players of Riot Games. We’re proud to have the opportunity to partner with a company that values creativity and self-expression in all of the different ways it can manifest,” Ryan Crosby, Head of Riot Entertainment Marketing and Consumer Products at Riot Games, said in a statement.

That Uniqlo will be producing a LoL-inspired clothing line was already teased in November last year. In a post on the official K/DA Twitter account, a part of the Uniqlo logo can be seen at the bottom of a K/DA poster.

This will not be the first time that LoL has been featured by a prominent fashion brand. Riot Games notably partnered with luxury fashion line Louis Vuitton in December 2019 for a capsule collection inspired by various LoL champions. Louis Vuitton even designed the case for the Summoner’s Cup trophy in the 2019 LoL World Championships.

Uniqlo is also no stranger to the gaming space, as it has already featured popular video games such as Pokémon, Animal Crossing, and Monster Hunter.