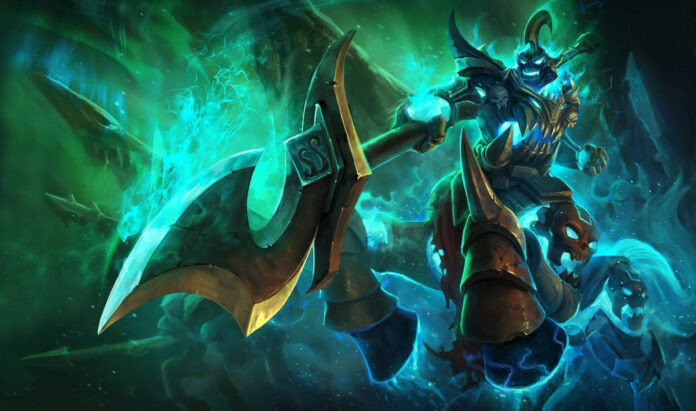 The game’s lead developer has shared the upcoming changes on his social media.

Lead gameplay designer for League of Legends, Mark “Scruffy” Yetter, has shared the first list of changes coming to the game with patch 11.9.

This is the MSI patch so we’re hoping to add a bit of diversity to the pro meta. Also we have a few solo Q outliers (and overbuffs from last patch) that we wanted to tone down. pic.twitter.com/Irna1CD41K

The patch, even though it’s the one upcoming Mid-Season Invitational will be played on, aims to change almost 20 champions and five items. On the list of nerfed items, we will find one of the most abused things in the game, Turbo Chemtank. Developers surely want to make it not being an instantly bought item on many of the current in-meta champions.

On the other hand, Moonstone Renewer will find yet another buff. Ten heroes will be weakened in League of Legends patch 11.9, with players probably being most excited about the Hecarim ones. The Shadow of War is currently one of the most powerful, and hence one of the most popular junglers in the game, making the life of many laners tough. On the other hand, almost ten characters will be bolstered in the upcoming League patch. Among them, we will find for example Kog’Maw, Shen, and Kindred, who have been out of professional play for quite a while.

Maybe those changes will make them more viable for it, making players pick them on the MSI 2021. Although, without the specific details we can’t know for sure.

Patch 11.9 will go live in more than a week, on April 28th. Further details about it should be known in the forthcoming days.

- April 30, 2021 0
What is a slot machine? It’s not also a fact that you should prevent a slot that has recently paid out a substantial jackpot, from...

Singapore Is An Ideal Place For E-sports’ Growth

Free Slot Machine Games For Windows 10 | The most beautiful...

Coyote Valley Casino – The 10 most luxurious casinos in the...