Home Latest News Riot confirms there will be no fans in attendance for 2021 LCS...
Latest NewsGamesLCS 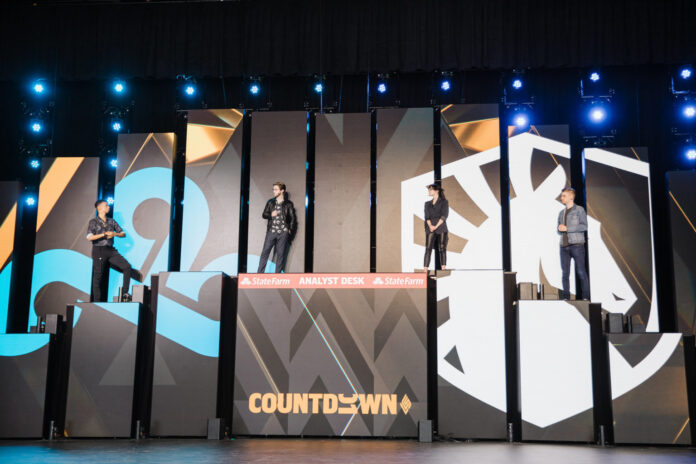 If you’re an LCS fan who was hoping to catch some live shows next split, Riot Games has some bad news for you. Riot confirmed in an email, posted on Twitter by Travis Gafford today, that there will be no fans allowed in attendance at the Los Angeles studio for the 2021 LCS Summer Split.

Due to the ongoing situation with the COVID-19 pandemic in the U.S., the company doesn’t feel like it’ll be safe enough for the studio to open its doors to the public. It’s an unfortunate decision for anyone who was hoping to watch some live League of Legends this summer, but it’s for the best for the safety of all the staff on-site.

Riot also revealed today in a 2021 LCS Spring Split overview that there are plans to eventually have more analysts, shoutcasters, and teams play out the broadcast day in the new studio. But a live audience is last on the priority list, presumably because the team will have the least control over who gets in.

The LCS suspended its play on March 13 last year after the pandemic hit new highs in the U.S. The season eventually continued via remote play with all teams competing from the safety and comfort of their own headquarters and homes.

The LCS did return to stage play earlier this month during the finals of the 2021 Mid-Season Showdown. The last series between Cloud9 and Team Liquid was held at The Greek Theatre in Los Angeles, albeit without any fans in the audience. Everyone involved had to follow strict policies when arriving at the theater to ensure that everybody was safe before the games began.

We should expect the 2021 LCS Summer Split to be played out remotely at the beginning of the season. If the circumstances around the coronavirus improve, though, we could see the LCS studio slowly open its doors later in the year—but not to fans.