Singapore will host the MLBB M3 World Championship this December 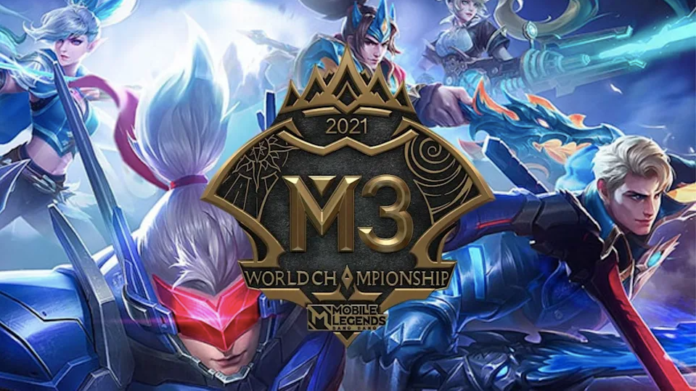 Mobile Legends: Bang Bang (MLBB) developer MOONTON Games announced on Saturday (6 November) that the M3 World Championship — the third iteration of the game’s world championship tournament — will once again be hosted in Singapore this December.

The M3 World Championship will feature 16 of the best MLBB teams in the World do battle in Singapore from 6 to 19 December for the lion’s share of a US$800,000 as well as the right to call themselves the MLBB world champions.

The participating teams in the M3 World Championship are as follows:

The participating teams will be seeded into three pools and further grouped into four different batches through a lottery to ensure that no teams from the same region will be in the same group.

While the M3 World Championship will be an offline, in-person tournament, MOONTON Games has yet to reveal any plans to host a live audience for the event. But the developer did say they will “abide by local regulations to ensure the health and safety of all players and the community.”

“Travelling players, staff, and talent will serve out the entire quarantine period and undergo daily temperature checks and ART tests throughout the event,” said MOONTON in a press release.

In addition, MOONTON also revealed that in-game campaigns to promote the M3 World Championship, such as an event-exclusive skin and battle pass, will be coming to MLBB. More details on these campaigns are set to be released in the coming weeks.

“We are thrilled to have M3 at Singapore again this year. The Singapore Tourism Board and local authorities have been working closely with us to produce a safe and hospitable event for all gamers. We are very much grateful for the continued partnership, and we look forward to reaching new esports heights with M3,” said Lucas Mao, Managing Director of Esports at MOONTON Games.

“We are excited to welcome the largest Mobile Legends: Bang Bang tournament back to Singapore this year. MOONTON Games confidence in hosting the M3 World Championship in Singapore is testament to our ability to execute events safely and reinforces our position as a world-class esports destination. We look forward to welcoming all qualifying teams to Singapore, and to connecting with fans and esports enthusiasts around the world,” added Jean Ng, Executive Director, Attractions, Entertainment & Tourism Concept Development at the Singapore Tourism Board.

Despite the continuing effects of the coronavirus pandemic, Singapore has successfully hosted multiple offline esports event this year.

The M2 World Championship was held in Singapore back in January, with Filipino team Bren Esports taking the crown. The republic also hosted the ONE Esports Dota 2 Singapore Major from late March to early April and the 2021 Free Fire World Series in May, with the League of Legends: Wild Rift Horizon Cup also to be held in the country from 13 to 21 November.

Evan "Cented" Barron is a Canadian Fortnite player. Cented joined FaZe Clan in March 2021 Previously, he played for Team Liquid. He was quite active with his Fortnite stream And...
Read more
Asia pacific

E-sports Awards is the ceremony that felicitates talents from all around the world It is for various categories from their achievements in E-sports globally. Fortunately, the...
Read more
- Advertisment -

Pearls, the newest maps of Valorant unveiled a moment ago A lot of response come up to this versions All fans of the shooter have a...
Read more
Load more