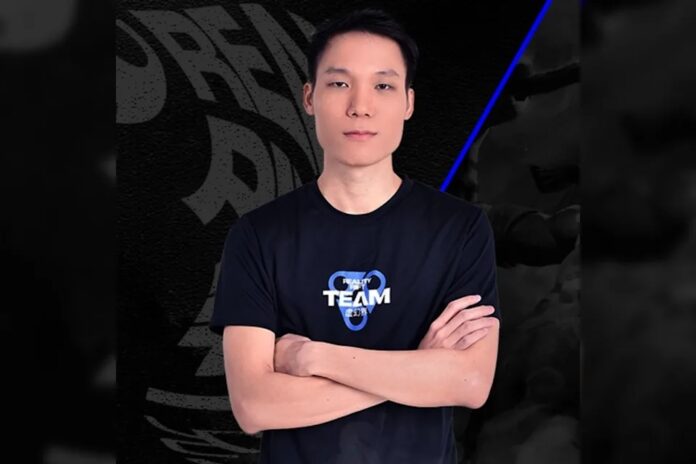 professional player Wong “NutZ” Jeng Yih announced on Friday (23 April) that he was retiring from competitive play after an eight-year professional career.

NutZ said in a post on his official Facebook page that he realised it was time for him to “to call it quits from competing in tournaments” after he lost his motivation to win The International (TI), Dota 2’s annual world championship tournament, and raising the Aegis of Champions.

“It has been a long journey. The absence of me participating in the recent [Dota Pro Circuit] (DPC) might have already hinted. It is time for me to call it quits from competing in tournaments,” NutZ said in his post.

“It is really difficult to let go of something you’ve committed your whole youth for. I’ve pondered about it for several months and finally decided it is time to move on.”

“The new generation of players is already here. They are the ones who are willing to dedicate their time and are more hungry to show their worth in the scene,” said NutZ.

“Lifting that Aegis was everything to me. I truly felt it was an achievable goal not too far from where I was as long as I gather the right talents and work hard towards it together. As time goes by, it starts fading and it has come to a point where it doesn’t mean anything to me anymore except for the potential monetary benefits from winning it,” he added.

NutZ started his professional career in Dota 2 with Singaporean organisation Team Flash in 2013. He moved to South Korea the next year to join Team MVP, starting with the MVP HOT6ix squad from October 2014 to February 2015 before being moved to the organisation’s other roster, MVP Phoenix.

As the position 5 support player of MVP Phoenix, NutZ helped the team qualify for TI5 through its Wildcard Stage and earn a Top 8 finish, notably gaining renown for his play on Witch Doctor. He left the team shortly after the tournament and bounced between a number of stacks until late 2016.

With Team Faceless, NutZ was able to qualify for two Majors, finishing in 9th-16th place at the Boston Major in December 2016 and in the Top 8 at the Kiev Major in April 2017. The team disbanded later in July, after which NutZ briefly moved to compete in North America from April to June 2018 before becoming inactive for a year.

NutZ returned to competitive play in June 2019 to lead Singaporean organisation Reality Rift’s Dota 2 squad. In the 2019-2020 DPC, he was able to help the team qualify for DreamLeague Season 13: The Leipzig Major before the circuit was cancelled by the coronavirus pandemic.

Unfortunately, the pandemic forced Reality Rift to disband its Dota 2 team in September, with NutZ then becoming a free agent. NutZ played for a number of stacks afterward and even tried to qualify for the 2021 DPC before becoming inactive again and subsequently announcing his retirement.

NutZ said that, even in retirement, he would still be involved with the esports scene in Singapore and was also willing to use his experience to provide assistance to aspiring players.

“Even though I won’t be competing anymore, I will likely be involved in esports projects in my country. I will still be watching tournament games of past teammates/friends to support them occasionally as well. I enjoyed the process and will cherish the precious memories and experiences built. If you think I can give you some useful advice/guidance from my experience, do [reach out to] me. I’m more than willing to share and help aspiring players out,” said NutZ.