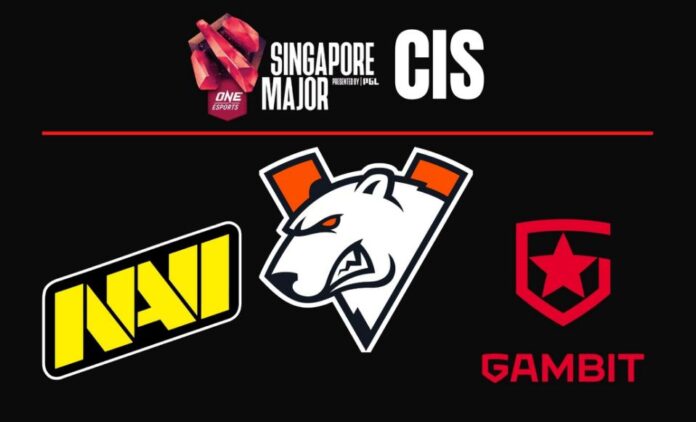 The first season of the 2021 Dota Pro Circuit’s (DPC) CIS regional league has concluded, with Virtus.pro (VP), Natus Vincere (Na’Vi), and AS Monaco Gambit representing the region in the upcoming ONE Esports Singapore Major.

VP have reclaimed their position as the best team in the CIS with a new young roster, as they became the second team in the DPC to finish their regional league undefeated, alongside Europe’s Team Secret. VP dropped only one game — a narrow 61-minute loss in game one of their Week 4 match against Team Spirit — throughout their entire run to secure a direct seed to the playoffs of the Major.

As the top seed of the regional league’s upper division, VP also earned the grand prize of US$30,000 and 500 DPC points to go towards securing a direct invite to The International 10 (TI10) on top of their Major playoff spot.

Na’Vi finished in second place with a 5-2 record to earn their spot in the Major, where they will start from the group stage. The team were undefeated through Week 4 of the league, with their only two losses to Team Spirit and VP coming towards the tail end of the season. Na’Vi also earn US$28,000 and 300 DPC points on top of their all-important Major spot.

Meanwhile, AS Monaco Gambit finished in third place to take the final Major spot for CIS after finishing with a 4-3 record. The team notably started the season as the Live to Win stack before they were signed by Gambit Esports on 11 February, with former VP star midlaner Vladimir “No[o]ne” Minenko also bolstering the roster as a stand-in.

AS Monaco Gambit won two out of three matches after being signed to end the regular season with a 4-3 record and tied for third place in the league with Team Spirit.

AS Monaco Gambit entered their tiebreaker match on Sunday (28 February) as the underdogs, as Spirit had previously defeated Na’Vi and taken a game off VP. However, they were still able to overcome their opponents, 2-1, to take the Major wildcard spot for CIS as well as US$27,000 and 200 DPC points.

While Team Spirit will miss out on a trip to Singapore despite a solid showing in the league, they still earned US$26,000 and 100 DPC points for their efforts.

EXTREMUM and Team Unique also won’t be attending the Major, though they will still remain in the upper division for the next season of the CIS regional league. The latter notably had to defeat Team Empire in the league’s other tiebreaker match in order to avoid relegation.

Here’s a full breakdown of the league’s results:

The CIS is the fourth regional league in the DPC to determine its representatives in the Singapore Major.