U.S. veteran using E-sports as the media to help their friends

Recently, E-sports around the world growing so fast

Therefore, U.S. veteran shows a good impact from this field

“I’ve had plenty of friends get out of the military before me and tell me how they feel lost, afraid, and that they don’t fit in, and that worried me,”

One such organisation, Regiment Gaming, says its explicit mission is to unite veterans

But not only the veterans, they also allow the active service members of the U.S. Armed Forces,

With a particular view to preventing veteran suicide

Because it is a serious and growing problem within the U.S. military. 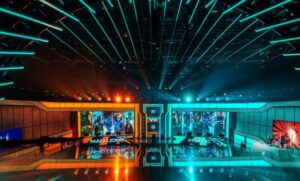 Moreover, Earl saw gaming and E-sports as the solution.

According to a study by the Department of Veterans Affairs,

Video games and competitive play can assist with recovery from both physical and emotional trauma.

The digital nature of gaming also allows veterans to stay in close contact with others from their time in service,

Alleviating the loneliness that Earl said haunts many in their adjustment to civilian life.

A 2018 study in the journal Social Science & Medicine found, using a small sample of veterans suffering from mental health issues,

That video games can help in overcoming issues such as PTSD and substance abuse disorders.

- April 30, 2021 0
How much money can you make gambling professionally? Are more casinos coming online in fact it is hard to even pay the bills at these...

Withdrawal Symptoms Of Gambling – Bonus without immediate deposit of online...

Free Online Pokies No Download No Registration – Playing no deposit...

Magic Casino Nd – Here are the online casinos with the...

Doublehit Casino – The free no deposit bonus from online casinos