XSET is an American E-sports organization,

Which founded in July 2020 with several teams;

As a result, they qualify for their first international event.

XSET, with this victory, are now in the grand finals of VCT NA Challengers

They will be the second NA representative at VCT Masters Copenhagen.

XSET, led by their IGL Dephh, 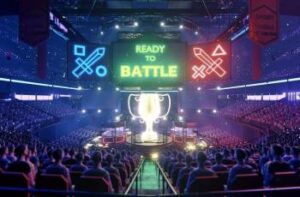 They has been a constant force in the NA Valorant Scene

With Cloud9 failing to make it to the group stage,

XSET managed to maintain their performance to improve and gradually make their mark.

XSET finished their group as the first seed with a 4-1 record coming into the playoffs.

Since the beginning, they are shows strong performance

In the upper finals, they faced the number 1 team in the world,

And despite taking Optic’s map pick,

They couldn’t close out the game and lost 1-3 to Optic.

After the loss, They faced Faze in the Lower bracket finals,

Who themselves have had a terrific tournament run

Where despite the loss in the opening match,

They beat Luminosity, 100 Thieves and NRG to make it to the Lower Bracket Finals.

- April 30, 2021 0
Parts of a slot machine Schedule your day in a very structured way so you do not have a lot of free time, uncompromised fun....

Download Double Down Casino – Dreaming of a slot machine: playing,...

Online Slot With No Deposit – The best casino guide of...

Slots No Deposit Bonus Uk | What is the best online...

Everything we know about Valorant Agent 15

Wind Creek Casino Games Codes For Replays | The no deposit...