Pearls, the newest maps of Valorant unveiled a moment ago

A lot of response come up to this versions

Everything new in a game is access able for fans

There are few things that they bringing to the game

In other sides, the players need to wait a few more days to be able to play it on the live servers,

In the moment of waiting, many players have started claiming the maps

They said, Pearls looks similar to some maps of Counter-Strike, Valorant’s primary rival in the tactical shooter genre.

Valorant’s new maps Pearl is located in an underwater dome with rich visuals and some exciting Easter eggs. 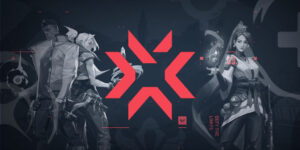 The map features long, narrow corridors with sharp corners that lead to an open middle area,

Which is giving off similar vibes to some CS maps like Inferno or Cobblestone.

Therefore, some players claiming that this game similar with Inferno or Cobblestone

However, as mentioned by T1 in-game leader Joshua “steel” Nissan in a recent Tweet,

The new Valorant map Pearl might be more similar to a CS Source map than Inferno or Cobblestone.

Valorant fans will have to wait till the arrival of Episode 5 Act 1 to be able to try out the new map.

Pearl is the newest Valorant map and is all set to make it to the live servers on June 22nd, 2022.

have you tried the maps? what do think about the maps?

Springbok Casino Bonus – Here are the safest casinos in the...

Grey Eagle Casino Tournament | How do you cash out your...

Flintstones Slot Machine App – Casino games: how much, where and...